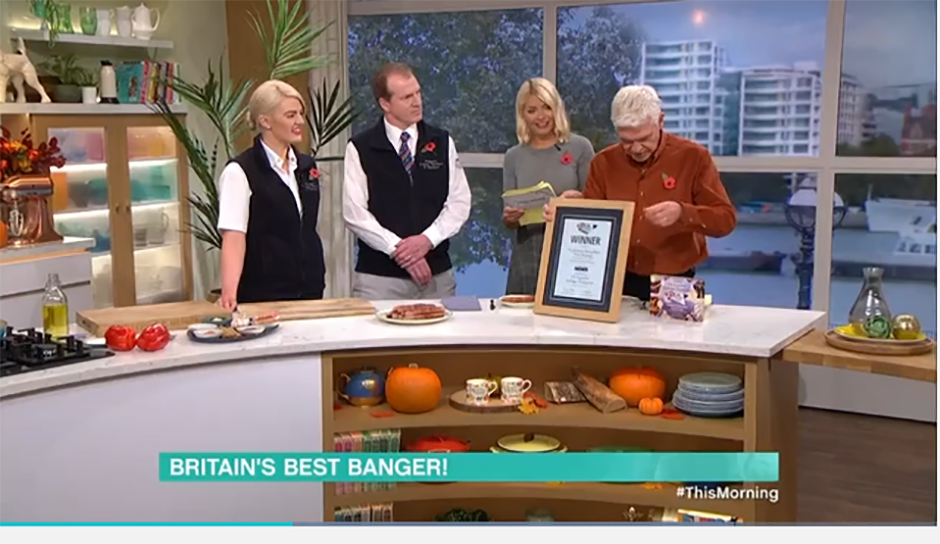 The winner of the UK Sausage Week Supreme Champion Award, Morgan’s Country Butchers, has featured on ITV’s This Morning with Holly Willoughby and Phillip Schofield showcasing its winning sausage.

Butchers Darren Morgan and his daughter Lauren appeared together with their winning Traditional Shropshire Pork Sausage, which was given a taste test live on air. Morgan said: “We are honoured and proud to win this award.”

Lauren Morgan manages the social media side of the business and has seen an instant uplift in sales following the business’s win. She told Meat Management, which organises UK Sausage Week: “We will be cooking the award winner throughout UK Sausage Week and after Monday’s win the shop has been rammed. The publicity has been amazing. It’s just fantastic. ”

Click here to see the full video of the two on This Morning.