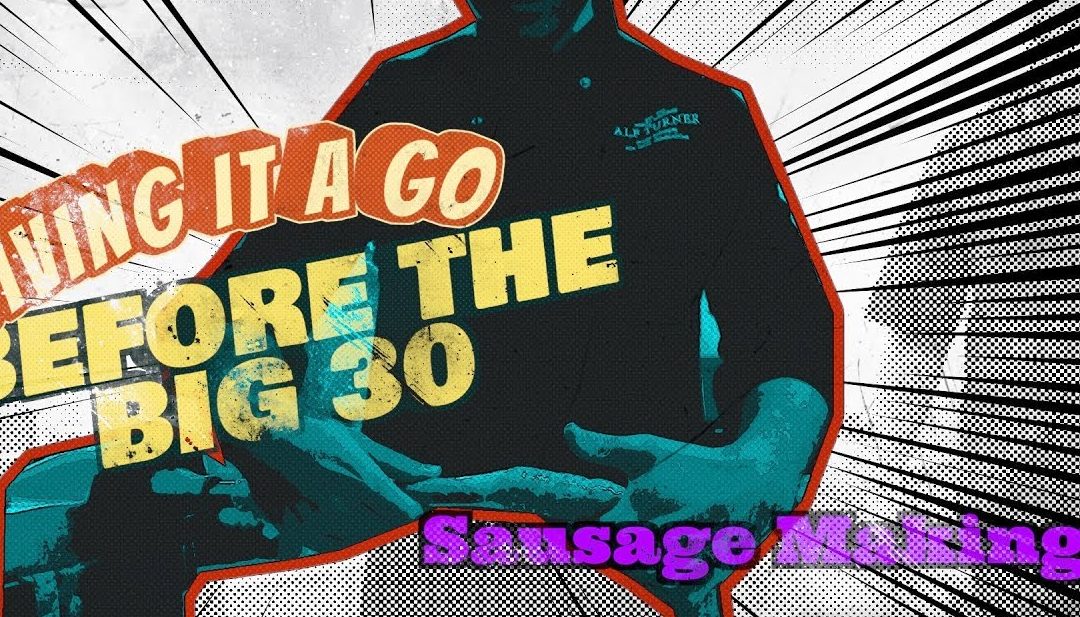 During UK Sausage Week, Alf Turner Butchers taught Michael Auger, part of singing quartet Collabro, how to make a sausage as part of the Britain’s Got Talent winners YouTube series.

Paul Turner of Alf Turner Butchers said: “Michael is doing a load of videos for his YouTube series ‘giving it a go before the big three-o‘. During filming, we dragged his Dad in as well because Alf Turner Butchers is a family business. It was quite good fun.”

During last week, Alf Turner Butchers did a sausage giveaway for customers on twitter. After already announcing the winner for the first giveaway Turner stated: “We will probably do one with Michael’s chilli sausages. He is putting it out to his fans for them to name the sausage. So we are probably going to pick someone and send a load of chilli sausages out to them.”

Talking about other celebrations for the week, Turner added: “We have experimented. We had a couple of pumpkins that we carved up to make pumpkin heads for the front window. Then we took the insides and roasted them with prosecco. That makes a roasted pumpkin and prosecco sausage.

“Also, we have a special gin from a gin company I work with, so we did a gin and lime sausage. I have played around with it before and it is very good.

“We have also nearly hit £200,000 raised for Help for Heroes which is great – we are just waiting for the final numbers from that.”