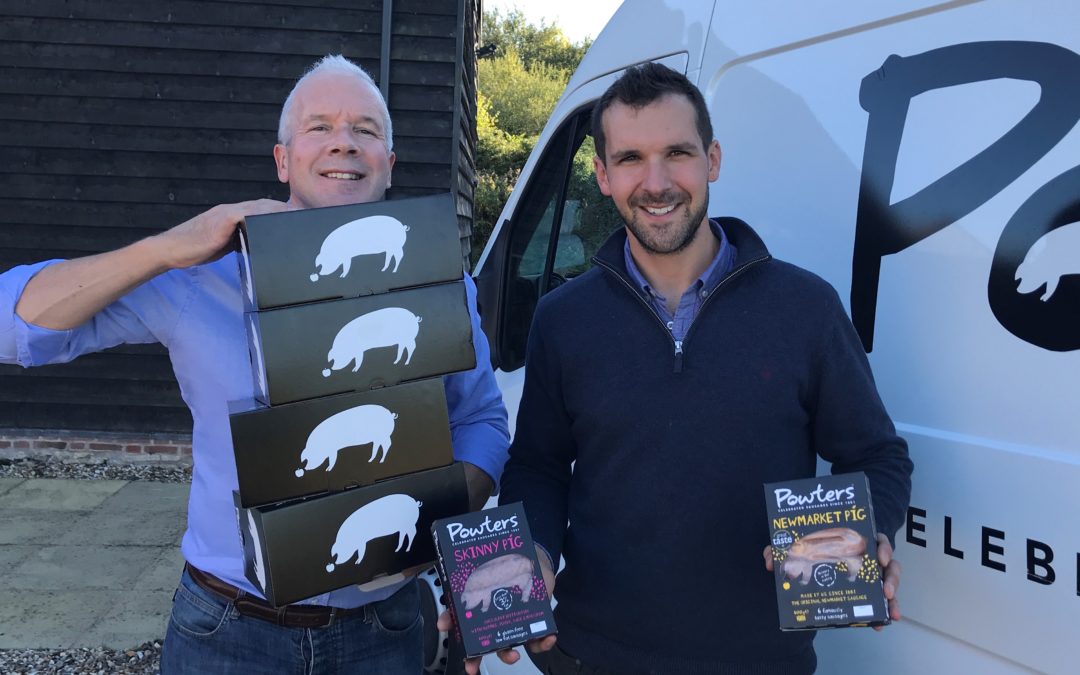 Powters picked up the award for its Newmarket Pig sausages, beating off strong competition from a host of leading sausage producers. Alongside this top award, Powters also achieved a ‘Highly Commended’ award in the innovative category with its spicy Chilli Pig sausages.

Sales director Tristan Power said: “We are honoured to be awarded this fantastic award in this year’s UK Sausage Week’s 2019 competition. It’s a large, well-respected industry competition, so are delighted to scoop this prize for our Newmarket Pig sausages. It’s also fantastic to receive recognition for Newmarket Pig and Chilli Pig, showing the two ends of the spectrum from our traditional and most popular sausage to our most innovative. This is a fantastic time of year for sausage producers, the week falls between Halloween and Guy Fawkes when sausages are always a popular choice so we are hopeful this award will boost sales and recognition of our range of traditional sausages.”

Speaking to UK Sausage Week, Powters also said: “We had a great day yesterday at the awards dinner and were proud to win the Best Manufacturer Own Brand Traditional category. It’s recognition of all the hard work of our team here at Powters as well as the attention to detail that goes into our sausage making. As a family business of five generations, with products now popular throughout the East of England we are on a mission to bring better sausages to the British people – only ever using British Pork which is hand trimmed by our butchers and blended with our own mix of herbs and spices. We feel that our sausages are the best tasting and best quality you will find.”

Powters began making its sausages in 1881 from its family-run traditional Butchery and Deli in Newmarket, and still trades from the family-run traditional Butchery and Deli in Newmarket, home of the Newmarket Sausage. It also produces a range of sausages for retail under the Powters brand which are available in Tesco, Waitrose, Sainsbury’s, Morrison’s and The Co-Op throughout the East Anglia and East Midlands region.