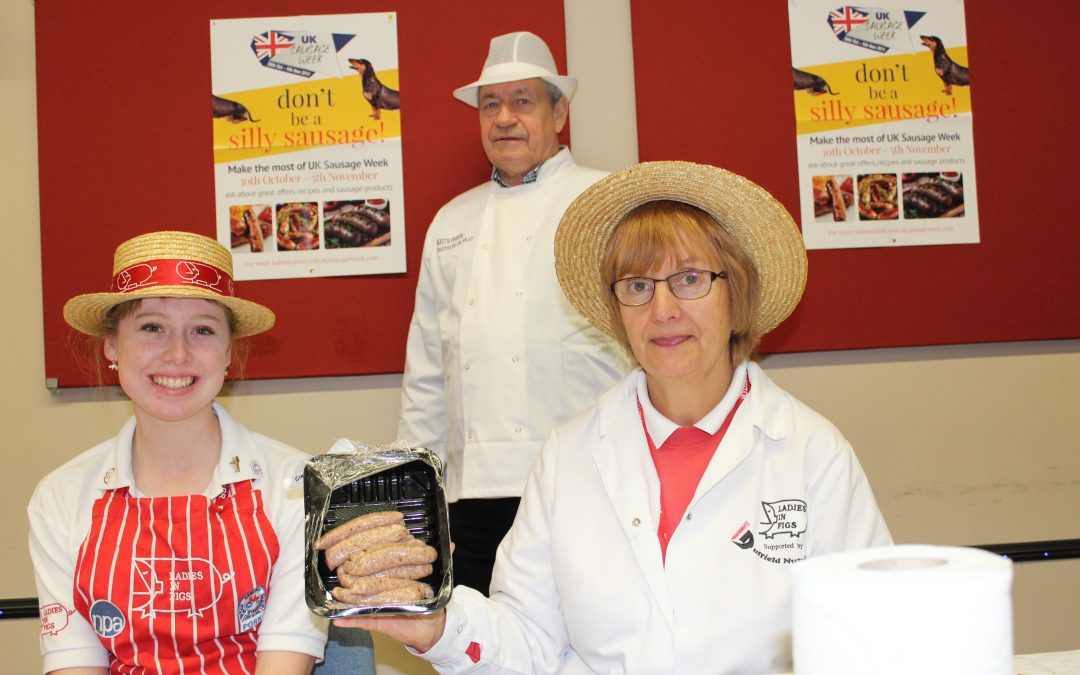 The search to find the best UK sausages set off with sizzling success on 20th September as over 400 different bangers arrived at The Regional Food Academy at Harper Adams University for the first day of judging in the run up to UK Sausage Week.

The sausages are assessed in their raw state and cooked by professional home economists, according to the maker’s instructions. They are then judged by some of the UK’s most experienced experts, including Ladies in Pigs. This is all done under the watchful eye of head judge and UK Sausage Week’s supremo ‘Sausageologist’ Keith Fisher.

Speaking on the first morning of judging Fisher said: “The number of entries for UK Sausage Week has been tremendous and highlights the continuing enthusiasm and popularity of the product, which I believe remains one of the meat industry’s most popular.

“The range and diversity of product has been truly fantastic. We’ve had sausages from all corners of the United Kingdom and the different flavour profiles have not only been interesting but innovative in flavour. These have extended into the other species including, beef, pork, chicken, turkey and even ostrich!”

Q Guild manager, Claire Holland, fellow judge said: “The quality that’s come through across the flavour profiles and standard of production has been really high. What’s also been noticeable is the level of care and attention to detail given to ensuring the products arrive in pristine condition for judging. I believe this reveals the importance of this competition to butchers, supermarkets, manufacturers and foodservice operators. A great effort!”

The judges are looking to find winners in 26 categories covering the following:

From the winners of these categories UK Sausage Week will then decide on another accolade and one super sausage will be given the UK Supreme Champion award. UK Sausage Week takes place from 30th October to 5th November 2017.