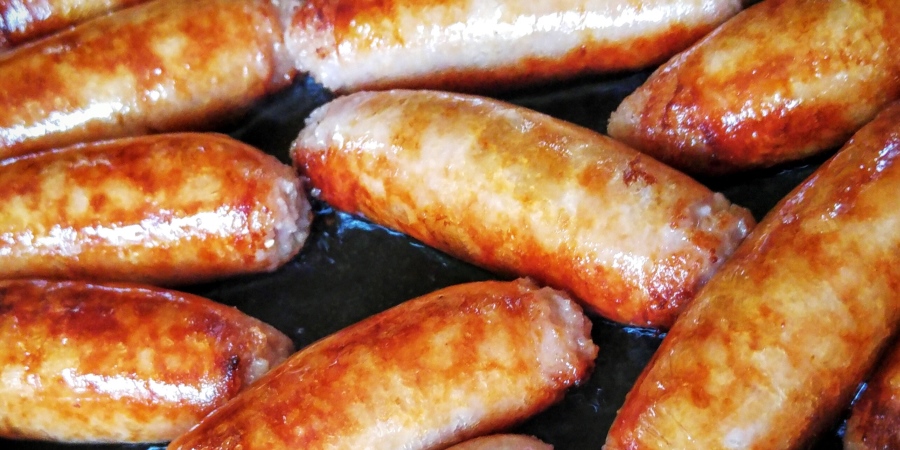 An overwhelming 63.59% of sausage consumers prefer to buy their bangers from a high street butcher’s shop, according to the latest Q Guild Sausage Survey that came out just as UK Sausage Week commenced.

Supermarkets came second, at 29.03%, while only 0.46% of respondents prefer to order their sausages online.

Traditional sausages were picked as a favourite buying option by 89.20% of people surveyed, with sausage rolls coming second, at 26.29%, and lorne/square sausages coming third, at 22.07%.

Chipolatas were not far behind, with 21.13% of respondents picking them as their favourite buys, while hot dogs came last, at 6.57%.

However, 21.96% of people surveyed stated they used no condiment when eating sausages.

What’s more, mashed potatoes are enjoyed with sausages by 52.48% of consumers asked, followed by 49.01% of them who prefer them in a sandwich or roll.

Sausages are also enjoyed as part of a full cooked breakfast by 43.07% of respondents, while sausages in a casserole was picked by 26.73%, closely followed by BBQ at 26.24%; sausage meat stuffing came last at 12.87% of preference.

UK Sausage Week runs until Bonfire Night – 5th November. For further information and for tips on how your business can celebrate the campaign, visit www.uksausageweek.com