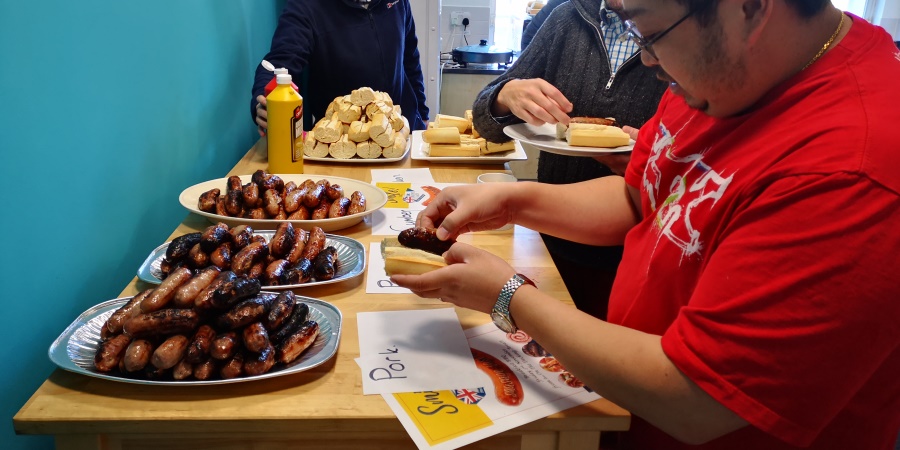 Employees were greeted with a breakfast BBQ for 80 at the office.

It was a banging end to a momentous fortnight at the Myers Briggs Company in Oxford with staff celebrating UK Sausage Week on Friday 2nd November.

Employees were greeted with a breakfast BBQ for 80 at the global business psychology company, which has recently marked a rebrand.

The sausages were supplied by local Meatmasters butchers in Oxford and were served with crusty bread, complete with all the trimmings.

Mark said: “UK Sausage Week captured everyone’s imagination last year when we were first introduced to it. We decided to mark the occasion, with an even bigger and better celebration in 2018.

“There is nothing quite like a smoking hot bbq and sizzling bangers to get people ready for the weekend and it was a great way to start the day. UK Sausage Week is a brilliant initiative – championing the Great British Banger and we’re very proud to support it.”