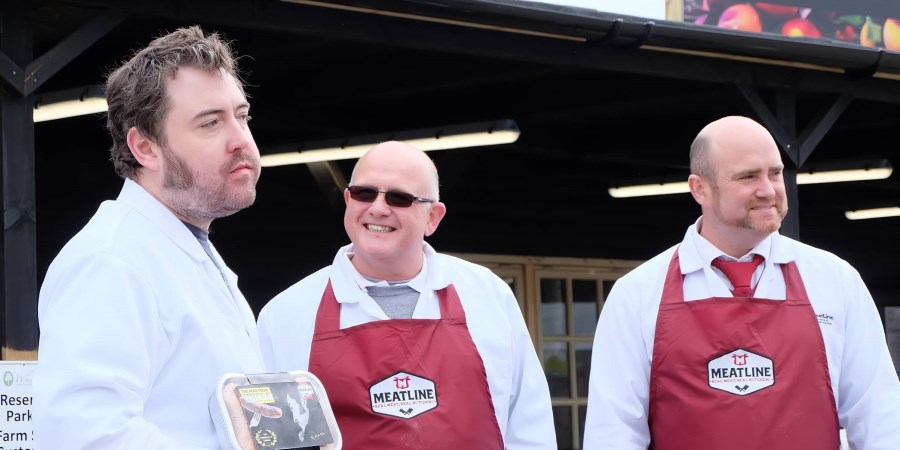 Participating in the week-long sausage celebrations that took place from 31st October to 5th November, Meatline invited its online community to provide their own sausage-based movie quotes.

“They may take away our lives, but they’ll never take our sausages!” (Braveheart), by Barbra May, was the competition’s top winning quote, which was found to be “simple, but so effective” by the judges.

Among the shop’s most favourite sausage-based movie quotes included “You’re gonna need a bigger sausage” (from Jaws), “You had me at sausage” (Jerry Maguire), “Nobody puts sausage in a corner” (Dirty Dancing).

Barbra has won 72 of the shop’s Fajita sausages; Lucinda Morgan has also won a 72-sausage hamper, after having successfully named three of the ingredients comedian Nick Helm used in his sausage recipe in the shop’s TV appearance with him.

Meatline’s marketing manager, Dom Morgan, commented: “UK Sausage Week is an incredible event and we are all for sausages.

“We were very excited to participate in UK Sausage Week and saw a big upturn in trade during that period. We are currently bustling, making new sausages!”

Meatline is also celebrating the great British banger this Christmas season, with its Salumist, Scott, having completed this year’s recipe, called The Pasanta.

The yuletide sausage is a festive fusion of the traditional Indian Pasanda curry flavour, comprising a lightly spiced pork sausage bursting with the festive flavours of mulled wine, star anise and cinnamon.

Wesley Sims, Meatline’s MD, commented: “We always say judge a butcher on the quality of their sausages. We are proud that our years of dedication to the humble banger is being recognised, both in the press and now on national television.

“Our Salumist, Scott Kendall, is part of a passionate young team, inspired to create amazing bangers whilst upholding the traditional values and artisanal skills of their sausage-making forefathers.”