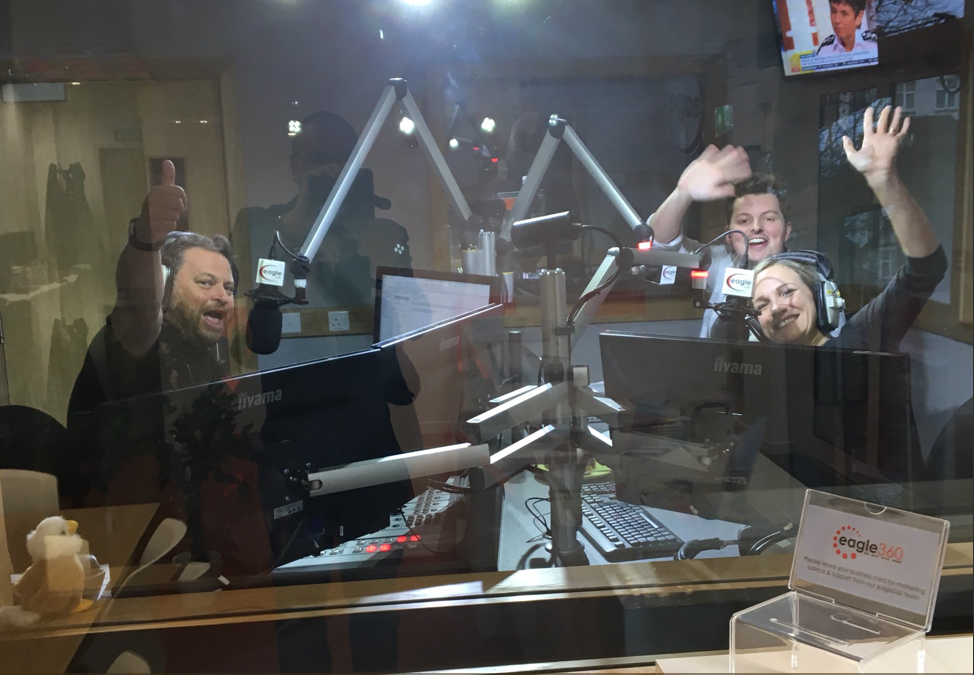 The business was established as an Aldershot butcher’s shop in 1956 by Alf Turner. Now run by his grandsons Paul and Kevin, it operates from the same premises but has sausages listed nationwide in Sainsbury’s, Asda and Co-op.

Meat Management spoke to Paul who revealed that the company has been promoting its Jager Banger, a sausage made with Jägermeister, throughout UK Sausage Week and that he was invited to appear on Eagle Radio to talk about the campaign.

Paul Turner commented: “We’ve worked with Eagle Radio before and we tweeted them about UK Sausage Week and they invited us on the show.

“I went in and cooked up some sausages to try live on the air. I made our Best of British sausage, our new Jager Sausage and one with hot chili.”

Paul told said that the business has been promoting its products throughout UK Sausage Week by having some to try on the butcher’s shop counter each day.

He explained: “We don’t label them so that people have to guess what sausages they are, and sometimes they are surprised. There’s quite a few wacky ones.

“We’ve been promoting the week a lot on social media too. It’s been brilliant.”

Paul’s brother Kevin added: “We do something for Sausage Week every year and promote our sausages. It’s a good boost for sales.

“The radio station asked us on to talk about the campaign. Paul took some chili sausages for the radio hosts to try, which I’ve been told went down a treat.”

He explained that the business produces around 12 different types of sausages, including its pork and ale sausages.

Kevin commented: “We promote the fact that all our sausages are made from English pork and Red Tractor products.”

To listen to Paul Turner’s interview and view a video of the show, you can visit the Alf Turner Butchers Facebook page here.

UK Sausage Week has helped promote sausages all over the UK, with butchers and manufacturers getting onboard to highlight why their products stand out, as well as encouraging more customers to try new things and to boost sales.

UK Sausage Week runs until Bonfire Night – 5th November. For further information, recipes and for tips on how your business can celebrate the campaign, visit www.uksausageweek.com.