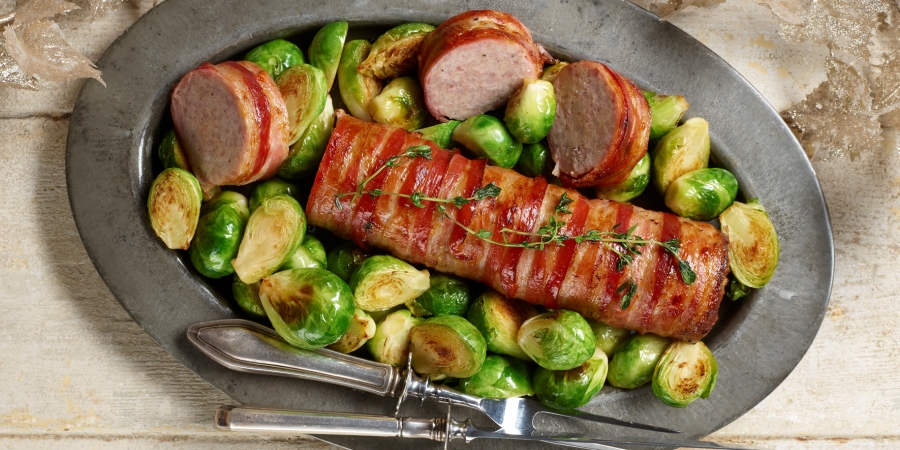 The Extra Special Ultimate Pig in Blanket is available in time for UK Sausage Week.

Asda has launched its Extra Special Ultimate Pig in Blanket in time for UK Sausage Week.

Designed to inspire this year’s Christmas tables, the product is gluten-free and made with over 500g of Red Tractor pork wrapped with 100g of rashers of British dry cured streaky bacon.

Clearly designed to be a showstopper, the product is a foot long, 45mm deep, weighs 650g and is big enough to serve up to 10 people.

This pig in blanket retails at £5.

An Asda spokesperson said: “Weighing a total of 650g and serving up to 10 people, the succulent sausage can be enjoyed by the whole family (even Scrooge), if Christmas wasn’t a sausage fest already…it is now!”

Rival supermarket Aldi has also unveiled its Giant Pigs in Blankets which weigh in at 400g. Available from 6th December for £2.99, customers can pick up two foot-long British pork sausages wrapped in streaky bacon for their festive meals.

Meanwhile, Tesco is also getting in on the action by launching Pigs in Duvets. Pigs in duvets still feature the original formula – sausages wrapped in crispy bacon – but, unlike pigs in blankets, the sausages come wrapped in an additional layer of puff pastry. The revamped sausage rolls will launch on 12th November and will retail at £5.